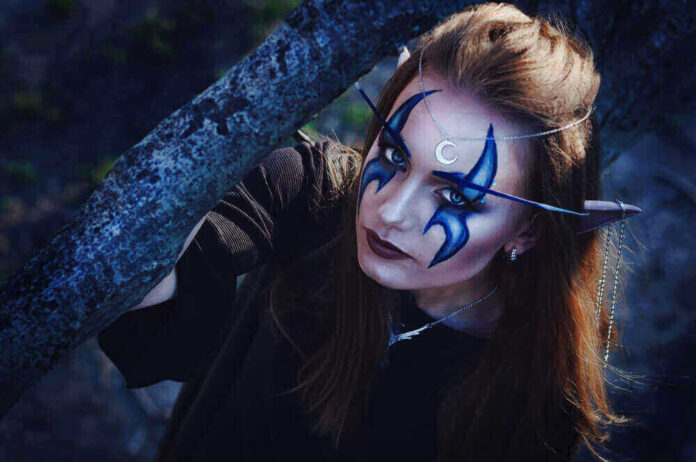 Everything you need to know about this specialization

Among the three Monk specializations, Windwalker focuses the most on damage dealing. As practitioners of martial arts, they use their fists and feet to fight. They can also use staves, some one-handed weapons, and polearms. Their fighting prowess comes from Chi, which comes from converted Energy. Leveling up one won’t cost much WoW gold, though of course, the best gear can be expensive to get.

So here’s all you need to know about Windwalkers to build a great one.

Monks are fairly versatile and any of its three specializations can fill any role to some degree. However, they all excel at one role more than the other two. Brewmasters are better at tanking, Mistweavers at healing or support, and Windwalkers at DPS.

Now, versatility can be a boon and a bane. Like Druids, they won’t be able to top other classes specialized for certain roles. They’re exceptinal at moving around and have great skills for burst, AoE, or Cleave. In contrast, they lack utility moves such as immunities and have poor sustained single-target damage.

Eye of the Tiger makes your Tiger Palm apply a small damage over time effect on one target. It’s additional damage without you having to think about it. Chi Burst shoots a projectile that hits enemies and heals allies in its path. It’s not a formidable skill, but one you can use to support allies a bit.

Tiger’s Lust increases your or your ally’s movement speed by 70% for 6 seconds. It’s a great mobility spell to help out your slower friends. It comes recommended but if you prefer going solo you can take Celerity or Chi Torpedo instead.

Generally for tier 3 talents, never take Energizing Elixir. Its effects fall short of the other two. At any rate, Fist of the White Tiger is the best ability to take for this tier, followed by Ascension.

Depending on what your preferred activity is, you can take either Good Karma or Ring of Peace for tier 4. Good Karma is the best choice for raiding, though some specific encounters and raids can allow the use of Ring of Peace. RoP is best used in dungeons, though.

For tier 5, it also depends on your preferred activity. Raid enemies use more magic, so Diffuse Magic is the logical choice. Dungeons are more physically oriented, so Dampen Harm is the better choice for the activity.

Hit Combo is the default choice for this tier, as it increases your damage by up to 6% at max stacks. It activates when you use an ability that triggers Combo Strikes, at the limitation that the ability is not used twice in a row. If you’d rather have burst damage than sustain, you may take Invoke Xuen.

There’s no doubt that Whirling Dragon Punch is the best tier 7 ability you can use. The others are quite lackluster in effects so there’s no choice, really.

Focus on Agility, Mastery, Versatility, Critical Strike, and Haste. Your gear, enchants, and flasks should boost most of these stats to increase your potential DPS. Try out the Greater Flask of the Currents or the Superior Battle Potion of Agility. The recommended enchants for WW Monks are:

Take note that these traits and essences will only be effective when running Battle for Azeroth content. You won’t be able to take advantage of their boosts in Shadowlands and other expansion content.

Last but not the least, for the best experience in playing a Windwalker Monk, you have to sim it. That way you know exactly what stats, WoW items, gear, trinkets, and whatever else you can think of you need to get for your Monk. You can always use recommendations, but they are in no way superior if they don’t fit your style of playing.

Your skill and ability rotations depend on what you need to prioritize or do. It depends on many factors, so you’re better off looking at guides specifically for that topic. What you need to manage is your Energy and Chi, trying to keep them from capping as you fight. It’s a balance between timing skill uses to not cap Chi but still having enough to use other skills as soon as they leave cooldown.

Windwalker Monks may not be the best DPS class you can use, but it can be satisfying and fun to play. Depending on your optimal build for the class specialization, you might not need to buy WoW gold to gear up your character. However, the best ones may necessitate the purchase of cheap WoW gold for convenience. At any rate, enjoy WoW Shadowlands!

Vivek Attri - January 23, 2020
0
Do you know novels helps us to broaden our minds and can even change our perspective? Yes, they can.