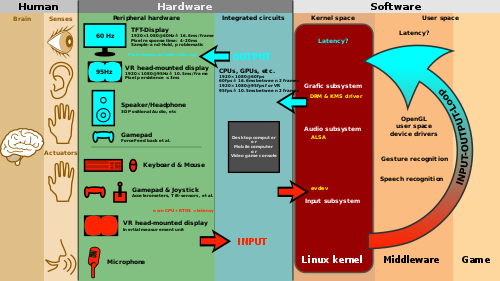 Here’s what Wikipedia says, “Augmented reality (AR) is a live direct or indirect view of a physical, real-world environment whose elements are augmented (or supplemented) by computer-generated sensory input such as sound, video, graphics or GPS data.”

So, cool.  Getting real time data feeds from the internet while I’m walking would be cool right?  Well, Google though so with the Google Glass project.  But, didn’t work out so well.

The promise of instant facial recognition and geolocation data was almost there.  But, the consensus was that Google Glass was “creepy”.  In fact, the whole “wearable” computer market is just not that appealing.  At least with the solutions we currently have.  I would consider a smart phone watch, but not being a watch wearer, I rely mostly on my hand carried smart phone for time information, the watch would have to provide a level of functionality that would be compelling enough for me to keep using it.  I’m just not sure that’s the case yet.  Wearables are mostly a joke right now.

So, why is the buzz still going on about AR?  The promise is that AR will revolutionize how we interact with our computing devices.  The screens and keyboards go away!  Remember Scotty on Star Trek, he would sit down in front of the desktop computer and say, “computer” to begin his stream of input.  Then, as the Star Trek series evolved, the entertainment industry realized there was no need to be sitting anywhere, you could just voice activate your computer access from anywhere.  This is where AR is trying to go.  Maybe even more.  Beyond voice activation could be “mind” or “brain” activation – a way to silently use your information access while no one else knows what you’re doing.  If the AR is turned “on”, you could instant access to most efficient directions, facial recognition, menus at restaurants, price comparisons, instructions for operating complex machines (like flying quad-copters), game strategy suggestions, financial decision analysis ….  You get the idea.

So, that has people excited.  The big if is – Can you make the monitor and keyboard go away?

In a recent article, a Piper Jaffray analyst, Gene Munster, predicted the technology is still 10 to 20 years away.  A couple of technology companies are working on a lightweight eyeglass with embedded camera interface that projects a three dimensional image that you interact with using your hands.  So, if that technology takes off, we’ll see people strangely waving their arms around everywhere.  In the privacy of my study at home, yes, in the airport, not appropriate.  Might be a good interface for gaming.

And then there is the discussion of the role of advertising in AR.  Can you imagine having to put up with political ads every time you turn on your AR interface?  Or, walking through the grocery store doing price comparison and getting hit with ads the whole time.  I pretty much have developed ad blindness while on webpages, but if the ads were being pushed into my AR space? Not for me.  Maybe it’s the advertising dollar that will help drive this technology development.  And I understand the role of advertising – it’s not all negative.  But, it would have to integrated at a level where I can still get the information I need without overwhelming me with the sales pitch.

So, where is AR going?

Intel is said to be investing $100 million over the next 2 to 3 years to develop the technology of “perceptual computing” which looks at natural user interfaces such as touch, gesture, voice, emotion sensing, biometrics, and image recognition.

My personal belief is that we’ll see more “eyewear” AR solutions hit the market in the near future.  It seems like the least complex technology with a lower cost barrier to potential market entrants.  Visual augmentation is where I see the most emphasis right now.  With the market and technology being so new, there is high likelihood we’ll see many different “formats” emerge trying to create a standard for the technology.  To understand that, think about how when video recorders first came to market and we had Sony Betamax format competing with the VHS format.  If you bought a Betamax it was soon obsolete.  And, of course, no one even considers tape video recordings anymore.  The whole industry is now defunct.

Yet another aspect of changing technology to keep an eye on.  As I write this report in the wee hours of the morning, I can’t help but wonder, will bionic eyes with embedded AR be available the next time I go in for any eye exam?

Sumit Bagga - June 1, 2020
0
Ever since Push notification has been invented, sending notifications about new updates on websites and apps has become a lot easier for administrators than...

10 Tips to Ace Your Next Exam

4 Ways a Small Business Can Keep Up With Development in...