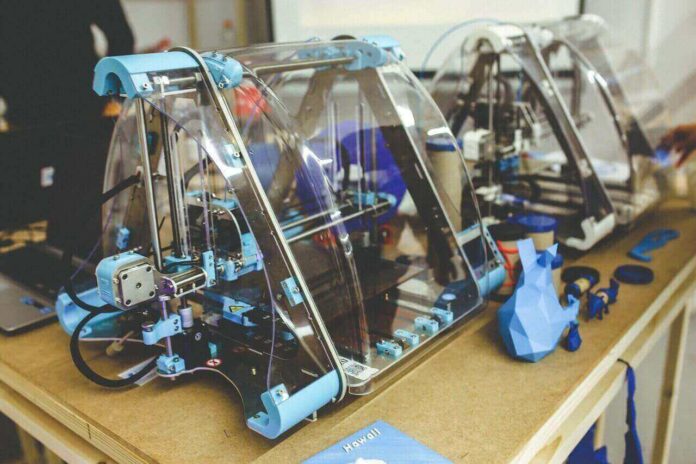 In the last year or so, 3D printing has become more accessible. While its most significant uses may still be at the industrial level, there are now plenty of printers that are small enough and affordable enough for ordinary consumers. Alongside these products, we’re also seeing more materials that can be used in printing, as well as more options on the creative side of the process.

For many people, a home 3D printing project can simply be something found online. Designs can be downloaded (sometimes for free, and sometimes at a price) and then replicated by any capable printer. For others though, part of the process is learning how to design products for 3D printing. Either way, we are on the cusp of 3D printing becoming a far more widespread type of hobby, or personal venture. And that got us thinking about some of the fun and interesting projects people may soon be trying with their own 3D printers….

Oddly enough, game-related creations are among the ones that tend to make some of the most headlines where independent 3D printing is concerned. Then again, maybe this shouldn’t be a surprise. In a piece touching on this very idea, Machine Design described the game piece market as being worth some $135 billion in size. There’s no other way to interpret that number than to conclude that physical games are still immensely popular — and people care about the pieces. With more people giving 3D printing a shot though, we could begin to see game pieces become a sort of hobby unto themselves. From chess pieces based on popular fictional characters, to extended collections of Monopoly figures, to wholly original ideas, there’s no end to the potential creativity here.

We’ve also seen some examples of people using 3D printers for more practical purposes, such as creating their own storage. This could mean just about anything: a custom-designed container to hold pencils and pens, specially designed bookends for a shelf, a one-of-a-kind rack for dishes or cutler, etc. It really comes down to what a person might need, and what he or she is capable of designing. But there will certainly be plenty of people exploring storage and organization options when they get comfortable with 3D printers.

For the true tech enthusiasts out there, 3D printing also introduces some interesting potential in electrical design. Namely, it might make it easier for people to design and print their own circuit boards, with which they could power their own custom devices. To some extent, this is already an option. Altium’s outline of design tools points to a number of software-based options people can already take advantage of in creating their own printed circuit boards. There are intuitive design interfaces, sharing services that facilitate collaboration, and so on. But adding 3D printing to the equation may well make it easier for people to actually produce circuit boards they can already design with software. It certainly takes some know-how, but it’s a very exciting possibility for those with a mind for such things.

One of the more exciting things to happen with 3D printing in the last few years is that it’s made its way into the construction industry. Per Business Insider’s take on 3D-printed homes, people can now have homes printed in 24 hours’ time — and for just a few thousand dollars. This goes beyond the capability of an at-home 3D printer, of course, but a smaller version of the same concept is likely to become a popular hobby. The same way people already enjoy doing models and puzzles, or even building virtual structures in games like Minecraft, expect to hear about people putting together home and other construction models with their printers.

Last on our list is sculpting. In a piece about ‘5 Ways 3D Printing is Changing the World’ earlier this year, we wrote about artistic expression as one of the things we’re going to see coming out of this technology. The truth is that it may indeed become a whole new medium for professional artists. But on more of a hobbyist level, 3D printing is also going to become a popular method for just-for-fun sculpting. Whether it’s a bust of a favorite athlete, a set of figures representing family members, a miniature replica of a real-life statue, or anything similar, people can try all sorts of fun decorative and collector designs.

So, what do you think? Would you try any of these projects if you got your hands on a 3D printer? And what else do you think people might try? Have your say on the subject in the comments.

The Innovative Ways In Which Gaming Online Could Help Your Social...