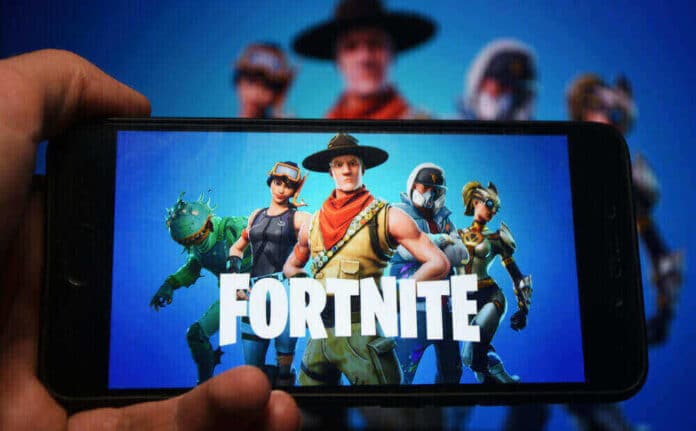 Just when you think Epic Games managed to milk everything under the sun for content, they’ve managed to do the impossible–add even more cool stuff in their game. Fortnite has had a lot of collaborations with other popular franchises over the past few years. We’ve recently seen the Marvel universe dropping by the battle royale game along with having famous artists over for a virtual concert that everyone can attend without having to pay a single penny. Currently, even Master Chief from Halo and The Mandalorian managed to find their way to Fortnite. The crossovers at this point are just downright awesome, and we can’t wait for what Epic has in store for the players next. On the other hand, it seems like Epic Games has implemented a new type of weapon: exotic Fortnite weapons.

The newest type of weapons called Exotic weapons are making a headline for the ongoing season 5 of Fortnite. Here’s what you need to know about these coveted arsenals.

What are they? And how do they work? Know more about these new additions to the game by reading on down below!

What Are Exotic Weapons?

Exotic Fortnite weapons are essentially the replacements for the now vaulted Mythic weapons in Fortnite. Compared to the Mythics, Exotics are far more accessible to the players and have greater chances of acquiring them. They’re very powerful and there’s a bunch of them that are perfect in certain situations. Exotic weapons can belong in a plethora of categories; some of them can be pistols, assault rifles, shotguns, and even sniper rifles. As of now, there are still a few Mythic weapons running about Chapter 2: Season 5 such as The Mandalorian’s Jetpack and sniper rifle, but apart from that, there are no other Mythic weapons in the game. If there are any setbacks or cons that we’ve noticed when comparing the two types of weapons side by side, it would be that Exotic weapons are slightly weaker than Mythic weapons. The reason being is that since they’re more widely available and easier for players to get in a match, it wouldn’t be fair if they’ll be crazy overpowered just like the Mythics which are harder to attain.

Where to Get Exotic Weapons

Exotic weapons can’t be bought in the Fortnite item shop and be stored in your inventory as if you can use them anytime. In the case of Fortnite, everyone starts with a blank slate every match. Besides the cosmetic items that they have on their character, everyone will have no weapon or leverage over each other when dropping off the battle bus. Just like all of the weapons in Fortnite, Exotic weapons can only be obtained during a match. However, there’s a specific way of getting them when doing so. Normally, there would be weapons on the ground that can be picked up or found inside a chest for the rarer ones; but in the case of Exotic weapons, they’re not obtainable through simply searching them. If players want to get Exotic weapons, they must first visit the specific NPCs that have them across the map. Once you’ve found the NPC with the Exotic weapon that you’re looking forward to, you’ll have to cough up the Gold Bars that you’ve been saving for a rainy day. This is the only way to get Exotic weapons in Fortnite.

The Importance of Gold Bars for Exotics

Gold Bars play an important role in getting Exotic weapons in Fortnite, mainly because it’s what you’ll be using if you want to get one for yourself. To rack up some Gold Bars, you’ll have to eliminate enemies and win matches–which is easier said than done. Winning matches is something that doesn’t happen consistently, so you’re better off trying to eliminate some of the opponents that are in that specific match and move on to the next one. The prices of Exotic weapons differ, with some being more expensive than others. For example, the newest addition to the list of Exotics, the Burst Quad Launcher (which you can get from Fishstick), costs 600 Gold Bars. The Big Chill, which is another Exotic weapon, however, costs 1,455 Gold Bars. So be sure to check the cost of each Exotic before trying to find the NPC that has them.

The Future of Exotic Weapons

There’s no news on whether Exotic Fortnite weapons will be here to stay indefinitely, but we’re confident that they’ll be here for a very long time before Epic Games finds another worthy successor just like for the Mythics. Fortnite Chapter 2: Season 5 is ending around mid-March, and with them releasing two new Exotics, we should be seeing more additions such as these before the season officially ends. What do you think of Exotic weapons? Are you eager to try them out at least once? Let us know your thoughts down below!

Vivek Attri - March 5, 2020
0
It’s been so long; I never played any other games except PUBG or Fortnite on mobile. So, I decided to try out something new. One...

All You Need to Know About Chat Avenue

Know How does Slickdeals Work